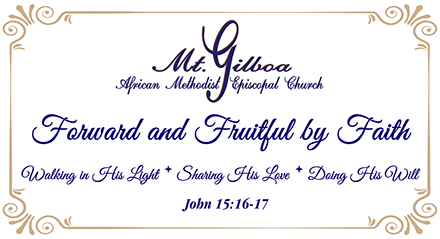 Reverend Garland D. Owens, Sr. was born and raised in Gaithersburg, Maryland to the late Kenneth and Martha Owens. As the third of seven children, Rev. Owens’ faith, and most notably his work ethic, was shaped by his parents; his mother, a school bus driver, local community leader and activist; and father, a former semi-pro baseball player, union organizer, brick mason and coach. Garland has been a sales professional for over 34 years and currently serves his community as a middle school teacher within Montgomery County Public Schools.

As a child, Rev. Owens’ early Christian education was formalized at Stewartown United Methodist Church, now Goshen United Methodist Church. He attended Montgomery County Public Schools, and graduated from Gaithersburg High School where he played both football and baseball. After graduating from high school, Reverend Owens attended Bowie State University and obtained a Bachelor of Science degree in Business Administration, with a concentration in Marketing.

In January 1990, he received salvation, under the pastorate of Reverend Godfrey R. Patterson, and joined Allen Chapel African Methodist Episcopal (AME) Church in Wheaton, Maryland. As a member of Allen Chapel, Reverend Owens faithfully served for over 16 years in various capacities including: the Usher Board, the Allen Chapel Community Development Corporation, the Sollie Barnes Men’s Ministry, the Steward Board as Vice Chair, and most notably, Minister to Men.

Further, Rev. Owens discovered his true passion for helping others, particularly youth within the church and community, as he founded Allen Chapel AME Church’s Young Men’s Mentoring Ministry. This initiative provided strategic and faith-based guidance to young men between the ages of 7-18 through annual workshops, retreats, community programs, and partnerships. Under his leadership, the mentoring program flourished and became a hallmark ministry, as it expanded throughout neighboring communities and schools. As a result, Allen Chapel was able to adopt a local elementary school, as well as, establish tutoring and mentorship program services to young African American students, particularly young men.

Rev. Owens’ service within the church, and growing faith allowed him to acknowledge his call into ministry and in May 1996, he preached his first trial sermon. In September 1996, he received his license to preach and in April 1998, he was admitted on trial to the Washington Annual Conference. He studied, and completed his seminary training at Evangel Theological Seminary in Harrisonburg, Virginia where he received a Masters Degree in Theological Studies. In April 2000, he was ordained an Itinerant Deacon in the African Methodist Episcopal Church and subsequently, an Itinerant Elder in April 2002.

Most recently, Rev. Owens served as Associate Minister at Saint Paul AME Church in Washington, DC where he also served as Coordinator to Evangelism and Membership as well as Minister to Men for almost 14 years. Rev. Owens and his family thrived within the Saint Paul AME Church community as they spearheaded several events and presentations celebrating the church’s 160th anniversary and produced commemorative occasions including: dramatic presentations highlighting Black History, education, social and community issues. Rev. Owens believes that “it takes a village” as he continually looks for ways to engage the community as a community and social impact leader.

On July 28, 2020, Rev. Owens was appointed as Pastor of the historic Mt. Gilboa African Methodist Episcopal (AME) Church in Catonsville, MD under the Episcopal leadership of Bishop James L. Davis at the 70th Washington Annual Conference.

Reverend Owens remains a loving and devoted father to his children, and was the loving husband for almost 32 years to his wife, Patricia, who passed away in November 2017. Rev. Owens is humbled by the opportunity to serve God and truly embodies the Galatians 6:9 way of living; in that as a believer, and leader within the faith, he must not grow weary in doing good, and in doing so, he looks forward to God’s plan and purpose for his life and continued growth in pastoral ministry and service to the people. 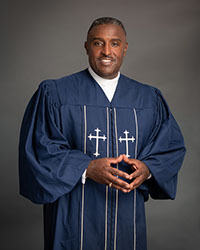